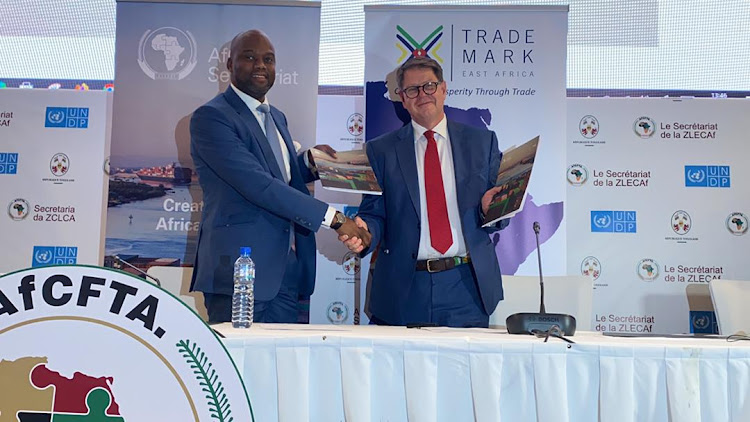 The AfCFTA Secretariat and TMEA are now united in their shared goal of increasing prosperity in the continent through the liberalisation of trade.

The MoU was signed in Lome, Togo, by Wamkele Mene, Secretary-General of the AfCFTA, and Frank Matsaert, Chief Executive Officer at TMEA.

The MoU represents the next logical step for the two organisations as they work to reduce barriers to trade across Africa by supporting engagement with the continent’s private sector on trade and economic development issues. Read More.