Six Months After, Nigeria, Others Yet To Commence AfCFTA Trade Agreement 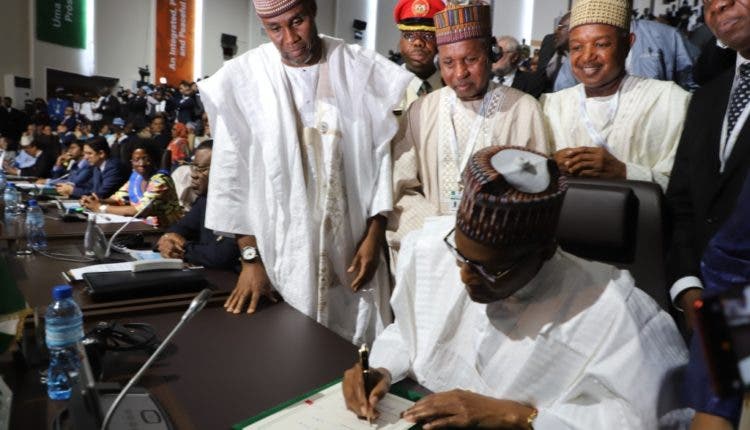 Six Months After, Nigeria, Others Yet To Commence AfCFTA Trade Agreement

Recall that following its conceptualization in 2018 based on the huge market size of the African continent, AfCFTA was expected to commence on the 1st of January, 2021 among member countries.

However, responding to enquiries on why the agreement is not yet being implemented by the Nigeria Customs Service (NCS) on goods coming in or going out from/to fellow African countries, the Spokesman of the NCS, Joseph Attah explained that trade leaders in all African countries are still meeting to finalise the rules of origin criteria.
https://tribuneonlineng.com/six-months-after-nigeria-others-yet-to-commence-afcfta-trade-agreement. Read More.