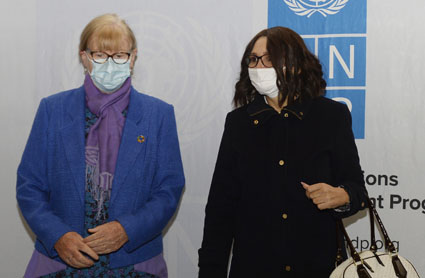 The informal sector is grappling with challenges emanating from lack of access to credit, Minister of Nationality, Immigration and Gender Affairs, Ms Anna Mokgethi has said.

She was speaking at the Women in Trade National Consultations in Botswana on African Continental Free Trade Area (AfCFTA) meeting in Gaborone on Tuesday.]

Therefore, she said this called for appropriate policies and favourable laws that would encourage growth and productivity of informal enterprises.

Ms Mokgethi stated that Batswana, especially women, had to make a living in the informal economy as vendors, walkers and cross border traders. Read More.