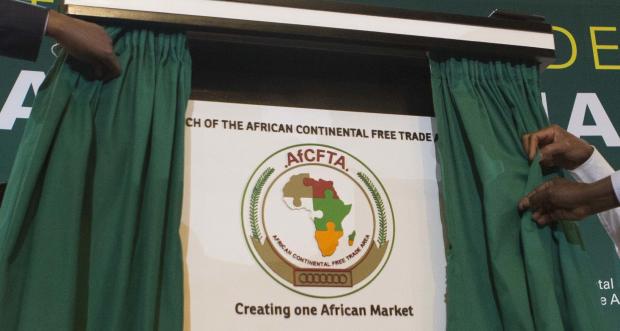 The decision to establish the African Continental Free Trade Agreement (AfCFTA) as an organizing framework for boosting intra-African trade and economic integration was taken at the Eighteenth Ordinary Session of the African Union (AU) held in Addis Ababa, Ethiopia, from 29th-30th January, 2012. The Agreement itself is borne out of the African Union Agenda 2063 continental framework dealing with Boosting Intra African Trade (BIAT). The Agreement has passed through so many processes and protocols and the concomitant ratifications and accessions needed to give it full legal teeth. Consequently, it is expected to come into operational effect on the 1st January, 2021. The aim of this paper is to take a look at the agreement, paying particular attention to the challenges and prospects of the Agreement and on that basis make suggestions that would enhance its operations and ultimately conduce to the realization of its goals and objectives. We argue that the idea of an African continental free trade is noble and critical to the economic trajectory of Africa; however, decisive measures should be taken to steer it aright or else it may suffer mortality as past development programmes in Africa. In the event that the storm of these challenges is weathered, Africa would witness a new dawn of economic integration and development. Read More.