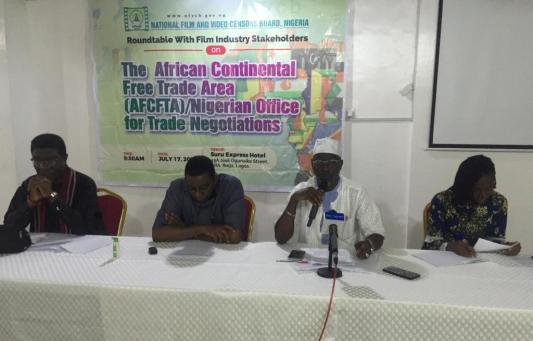 The National Film and Video Censor Board (NFVCB) and film makers on Saturday made proposals for implementation of the African Continental Free Trade Area (AfCFTA) as it affects the Nigerian film industry.

The positions were submitted at a roundtable with film industry stakeholders on AfCTA /Nigeria Office for Trade Negotiations (NOTN) organised by NFVCB in Lagos.

The Executive Director of the board, Alhaji Adedayo Thomas, said that the forum was organised to address  perceived challenges, worries and suggestions that would form the basis for the trade negotiations. Read More.